I always tend to be the go-to person when it comes to planning trips with my group of friends, and it always comes with its set of complications. Can everyone get the time off, is it affordable, who gets the best room. This time we were celebrating one of my closest friends 35th birthday, so add in the stipulations that it be a luxury beach venue, that they have never been to, within Kenya, for 14 people. Queue the side-eye.

Thankfully, through the miracle that is Google, I came across the gem that is Forodhani House. More often than not,  the end result never lives up to the images online, but it is truly one of the few times I will say that the photos do not fully capture the beauty of the house.

Located right on Shela Beach, Lamu , the multi-level Swahili style villa truly stands out like beacon amongst its many surroundings and was only more impressive once we entered through the traditional Lamu doors.

Anyone who has had the pleasure of travelling to the Kenyan coast, understands the excitement that comes over them from the moment you feel the warm air on your face and it was only magnified, as we were shown around the villa.

Usually there is always a fight for ‘best room’, but for the first time in memory that was not the case. Every room in the villa is absolutely lovely and even though my room on the top floor had its own lounge area attached, there a several little nooks around the house if your looking for a quiet little area to chill out. My favourite area though was the swimming pool. Perfect size to relax in and still pretend to do laps, should you feel the need to exercise a little while on holiday.

The house is fully self catered, however thanks to the team on site all we had to do was agree on a menu, give them money to buy ingredients and three times a day we enjoyed delicious home cooking including a seafood BBQ of lobster, crab and oysters. And if that isn’t enough, Forodhani house includes a sunset dhow trip as part of the stay, which easily rates as one of those must-have experiences.

The clincher though is three days in this five star villa cost us each the same as a day in a chain brand London hotel. Though I must say that is based on the house being at full capacity as the charge for the whole house and not per person. Its definitely the kind of place you would enjoy much more as a group. 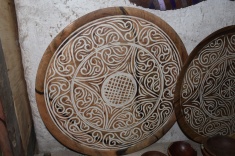 The few things that were slightly frustrating were the limitations of the shops in Lamu. There are no large supermarkets on the island, so while we managed to pre-order a few soft drinks and bottled water through the manager Isabelle, you may want to bring your own cooler of drinks, should you want something specific, as well as any snacks, and pork products. Majority of the residents are Muslim,so…. no bacon for breakfast. Depending on your airline this will likely mean you have to pay a little bit for extra luggage but if you split the costs its not bad. 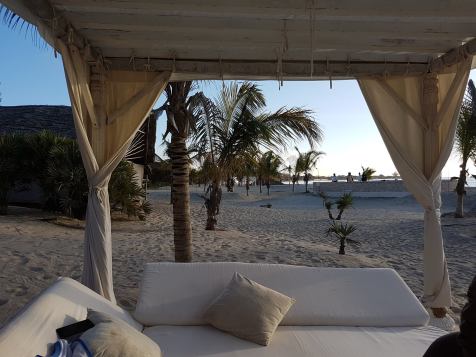 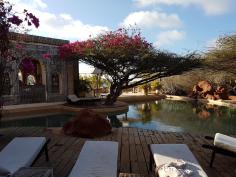 There also isn’t much a beach right outside Forodhani though if you walk along it does get bigger. However if we decided we wanted the sun-lounger and cocktail type of experience and ventured to the Maji hotel, a short boat ride away. Though we didn’t explore too far past the beach bar, the hotel is beautiful, they do insist of you either paying to use their sun beds or spending a certain amount on their relatively pricey drinks per person. We still chose the drinks options, and even partook in an impromptu game of ‘water-polo’ with the locals which essentially became a elaborate version of pace the parcel. 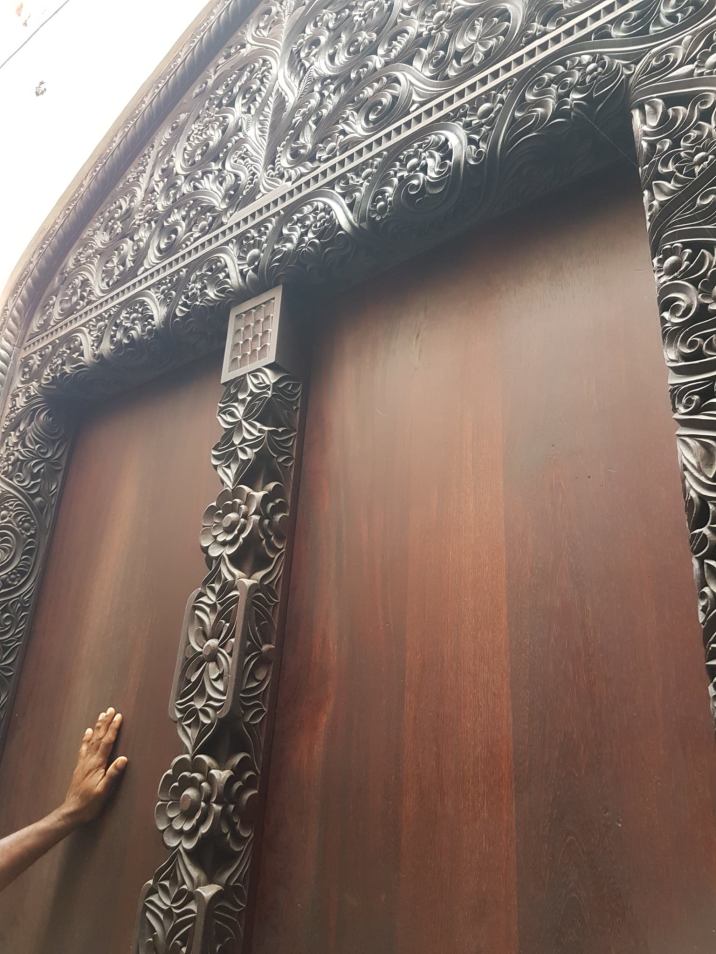 For the culturally inclined amongst us, we embarked on a tour of Lamu town. We elected to go on a short tour which I can assure you, is long enough, and while negotiating the maze of alley ways and donkey traffic can be a little intimidating, it is worthwhile to see the amazing craftsmanship that is put into the Lamu doors adorning peoples homes. Plus was very happy with the fridge magnets we picked up made from recycled flip flops.

Ultimately we had a fantastic three days away and would tell anyone looking for a little bit of happy to visit Forodhani House.